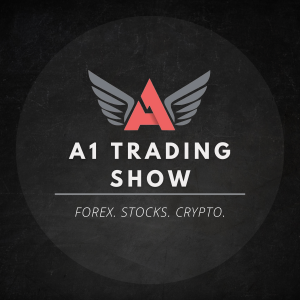 Tom basso, hedge fund manager and well established trader, has dabbled in many different markets throughout his trading career. 'If it moves, you trade it' is what he told Nick when asked what markets he has traded in. With his extensive knowledge in many different markets, Tom's advice on how to approach the charts is invaluable. Listen to the full episode now to unlock Tom's secrets to success!

Why Do We Hold on to Losing Trades? | Trading Psychology

Do you ever find yourself holding onto losing trades for too long? Or entering into trades you know you shouldn't? As traders, we sometimes make obvious mistakes but don't understand why we keep making them. This is where understanding your trading psychology becomes extremely important. In today's episode, Amy Wardak explains WHY traders make these mistake and answers the question 'Is it possible to change this behavior and succeed at trading?'

Looking to become a funded trader but don't know where to start? Or maybe you don't know the best way to approach funding programs without racking up on examination fees? In today's episode, Gary the Scruffy trader shares his journey on how he became a 200k funded trader. Gary gives his top tips for traders looking to get funded based on his experience with funding programs.

Part time coach and part time trader Akil Stokes has been sharing forex education on youtube for nearly a decade. When Akil graduated from grad school, he sought a job that would provide financial freedom without having to sacrifice his love for coaching. Ultimately, Akil found a passion for trading allowing him to remain a coach on the track as well as to thousands of traders online. In today's episode, Akil shares his best advice for stoploss management, dealing with losers, and so much more!

How Chris Pulver Went From $2500 to Huge Trading Accounts

In 2008, Chris Pulver was traveling the world as a golf coach when he met a full time fund manager who was heavily involved in forex trading. Exchanging golf lessons for forex lessons, Chris Pulver quickly grew a passion for trading. In this episode, Chris Pulver shares how he took his $2500 account into the huge accounts that he manages today.

Nick & Frank and their Trading Experiences

Nick and Frank have been lifelong friends who became interested in trading at a young age. Although their trading journeys have not always been easy, they've stuck to through it together. Now, 6 years later, they've become consistent traders with a huge passion for markets. In this episode, they dive into some of the obstacles they faced along the way and give advice for struggling traders who want to become successful.

The truth that no one likes to talk about is that most traders fail. 90% of traders come to the forex industry and leave within 90 days with less money than they came with. In this episode we break down the 'cycle of doom' that leads traders to fail. Don't make these mistakes if you're serious about becoming a successful trader!

The Fed's Big Rug Pull (And What It Means for Forex)

Over the last 2 years, the stock market has seen record moves to the upside. Retail traders have flooded into the market and caused meme stocks like Gamestop and AMC to make unpredictable moves. However, at the start of 2022 there was a shift and we saw a once incredibly bullish market turn bearish. What does this mean for the average retail trader? And just how far can we expect stocks to fall?

What does it take to become a successful trader? In this episode, Amy Wardak explains the 4 tools that every trader must have to be successful. Do you have what it takes to succeed?

Quantitative Tightening Explained: What Does It Mean for Stocks & Forex?

In June 2022 The United States federal reserve began implementing quantitative tightening. Often referred to as 'QT', quantitative tightening is a contractionary monetary policy tool intended to help curve hyper inflation by reducing the money supply. This process is relatively new and is seen as somewhat experimental. In this episode, we share what this policy could mean for stocks and forex as well as share some of our trade ideas around it.

Is gold about to make a major move to the upside? Taking a look at historical charts on gold, we think recent movements are pointing to a massive spike. In today's episode we take a look at the historical movements of gold to make our case on why we think gold is headed for 3k.

The Reason You’re Not Sticking to Your Trading Plan...

So you've taken the time to create your trading plan that you fully intend on sticking to. However, now that you're in the trade, your emotions are stronger than you anticipated and you react poorly. Sound familiar? In today's episode, Amy Wardak breaks down exactly what goes through your subconscious mind that causes you to react this way. Understanding these subconscious emotional responses will allow you to recognize when it's happening and understand how to control impulsive reactions.

How the Fed Created the Biggest Bubble of All Time

In this episode, we take a look at all of the events that took place since March 2020 that led to today's bear market. What kind of impact did the United States Federal Reserve have on the global financial markets? And did the Fed's decisions cause the biggest bubble of all time?

Trading Psychology | How to Quit Making the Same Mistakes

A1 Trading special guest and trading psychology pro, Amy Wardak, explains why many traders struggle to become profitable and continue to make the same mistakes. In this episode, you'll learn how to identify and overcome the mental challenges in trading.

Forex Fundamentals Revealed: How to Trade Oil & CAD in the Energy CRISIS

Oil prices are skyrocketing and are affecting economies worldwide. In this episode, we dive into the last time we saw this happen in history and exactly how that played out in the global economy. Enjoy this episode? Don't forget to follow our podcast for more content like this!

How to Trade Forex When Inflation is SPIKING

2022 has been a difficult year for the markets and inflation. In this episode we are going to share how you can be better informed in today's hawkish fed environment. Further, we will share some of our top trading ideas for he coming months and years ahead. Don't forget to follow our podcast for more trading news and ideas!

WARNING: A Massive Wave of Layoffs is coming!

Right now, we are experience a rare event that economists call stagnation. Stagnation is a time in which the consumer is experiencing high levels of inflation alongside slower economic activity. In this episode, we're going to dive into the last time the United States experienced an event like this and what this could mean for modern day investors.
Facebook
Instagram
Twitter
Youtube
Home
Edgefinder
VIP
Menu